Buffets, food on-the-go, and first-class dining establishments abound along the Las Vegas Strip. Balancing the snazzy with the sensible is all part of the fun.

We ate at a bunch of restaurants in casinos. That's not meant to make the experience sound cheap or anything — everything here is in a casino, of course. 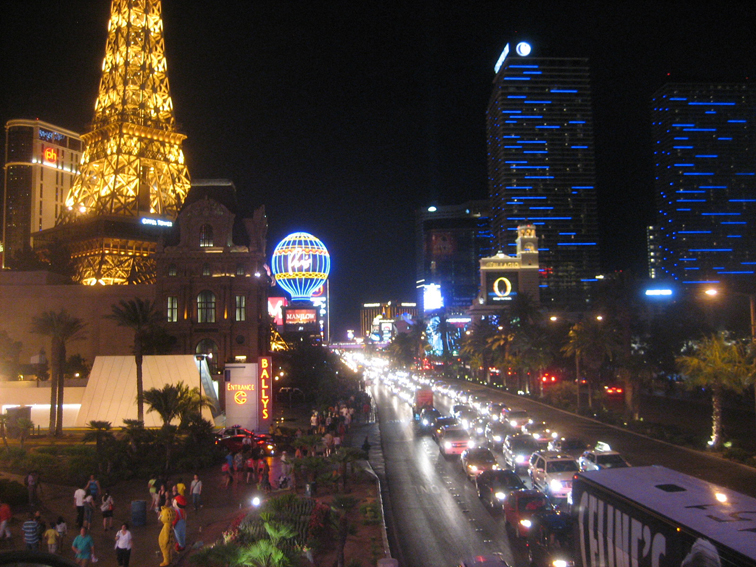 Our buffet experiences consisted of the Spice Market Buffet, in Planet Hollywood Resort and Casino and Le Village Buffet in Paris Las Vegas. 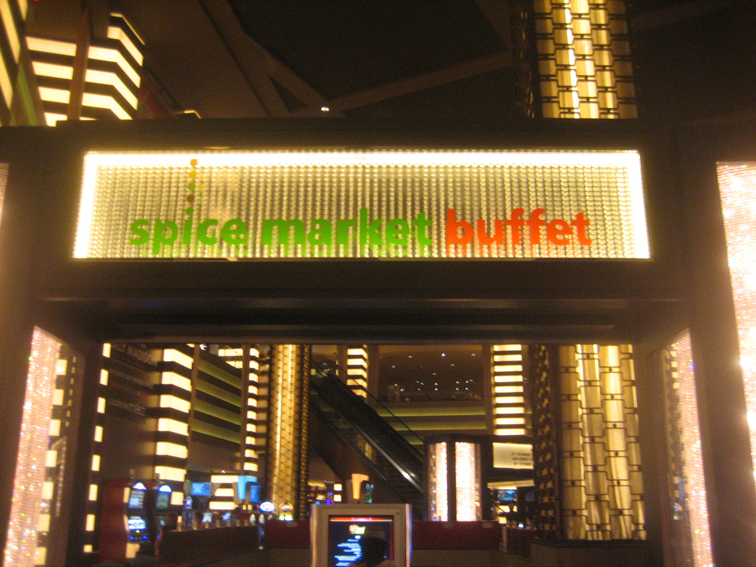 The Spice Market Buffet in Planet Hollywood has a busy but friendly atmosphere, plenty of seating, great food, and great dessert. With most of the buffets on The Strip being about the same price, it would be difficult to find a better deal. They sport a wide selection of food — Mediterranean, Mexican, Asian, American, soup and salad, seafood, crab legs, etc. 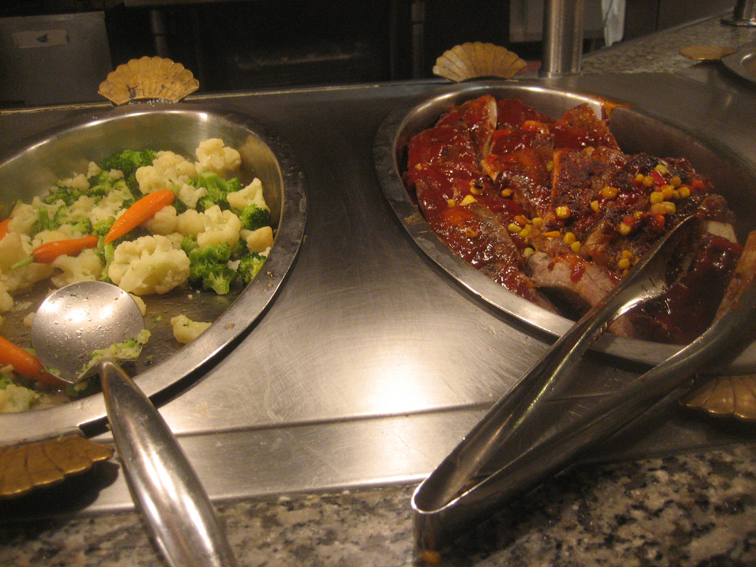 These ribs were the best item there. 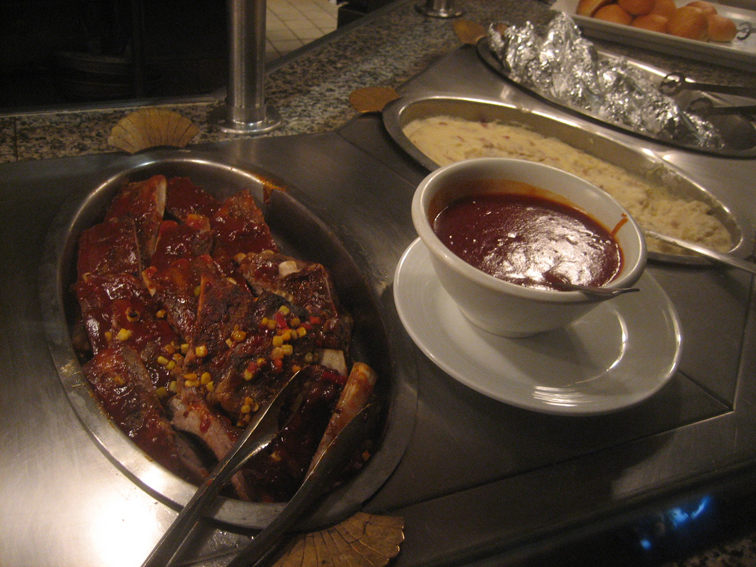 As great as Spice Market was, there was one buzzkill — I asked for water and never got it. I understand it is not a table service environment but I saw someone at another table ask for the same and also got nothing. So, as for service, we're going to have to mark that one down as a weakness.

Le Village Buffet inside of Paris, like the city of Paris itself, is quite cramped. The seating is kind of sectioned off into separate rooms. Put simply, the seating area is kind of small, and weird. 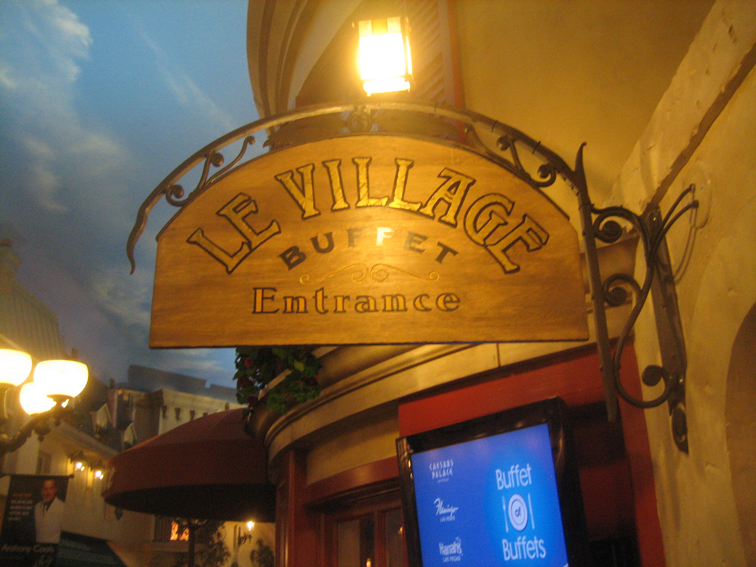 Our visit was during breakfast time. Their fresh-made crepes certainly looked good but I had to pass them up because of the long line. There were some mini waffles that I tried instead, which were great. 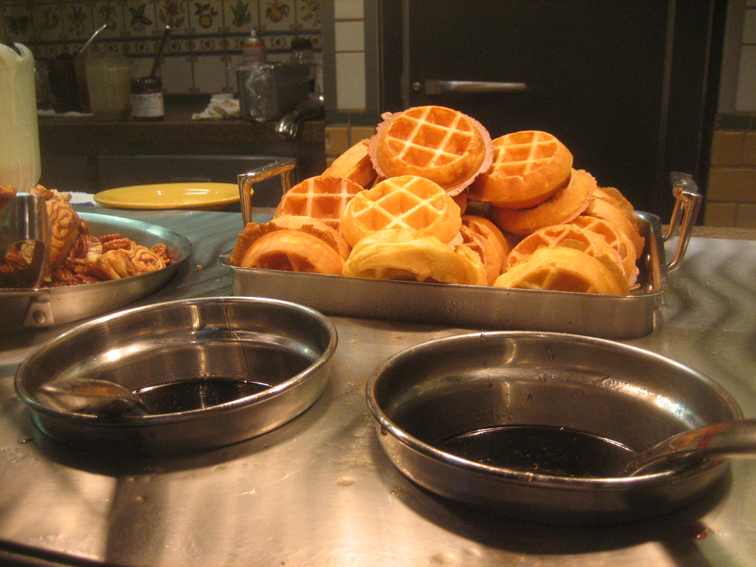 Other than their breakfast offerings, none of the other food looked that interesting. On to the next.. 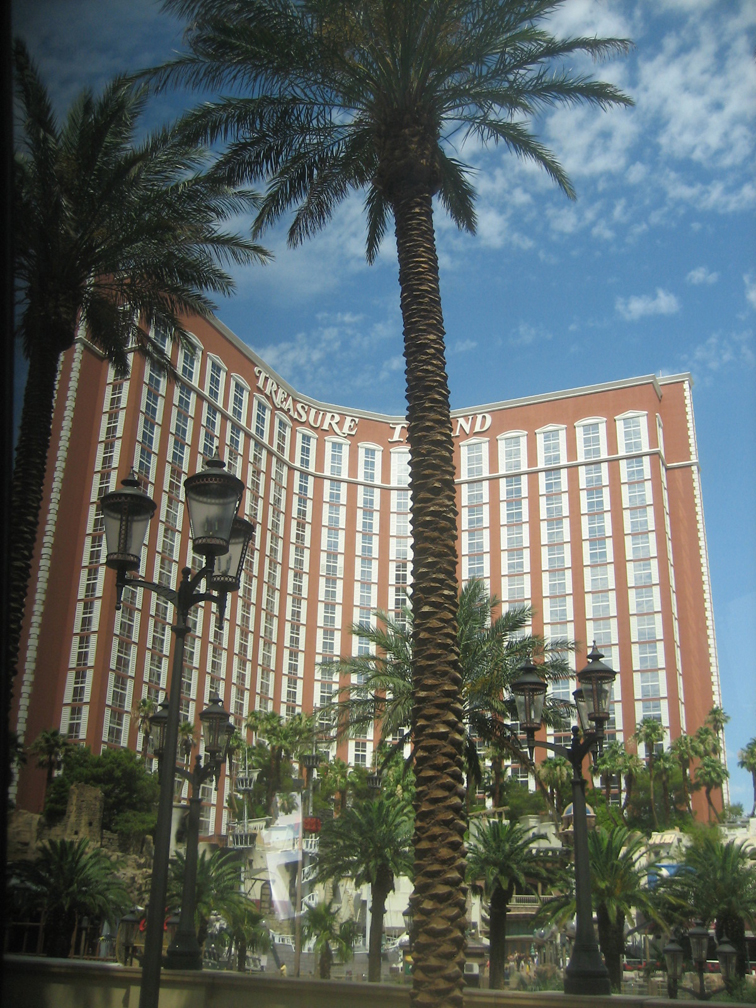 If you ever stay at Treasure Island, the cheapest meal at the hotel is the hot dog combo at Canter's Deli, at 7 bucks. That was the only thing I had at Canter's but from what I could tell it seemed to be fairly true to its LA roots. 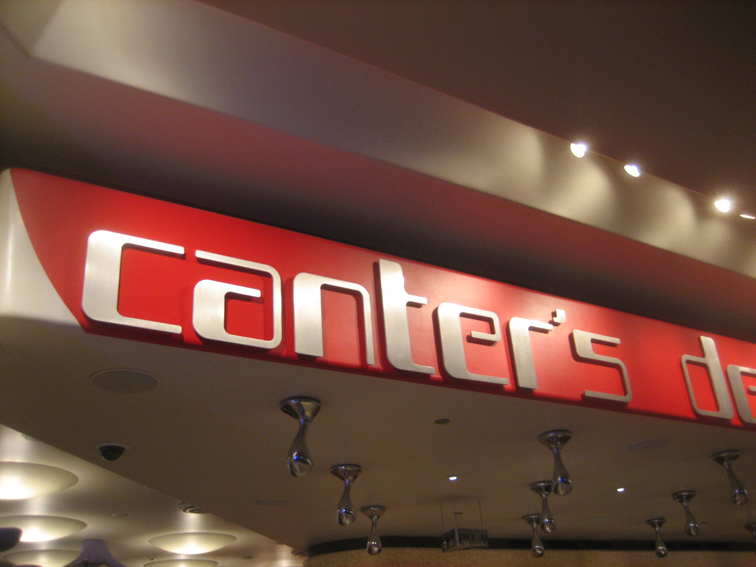 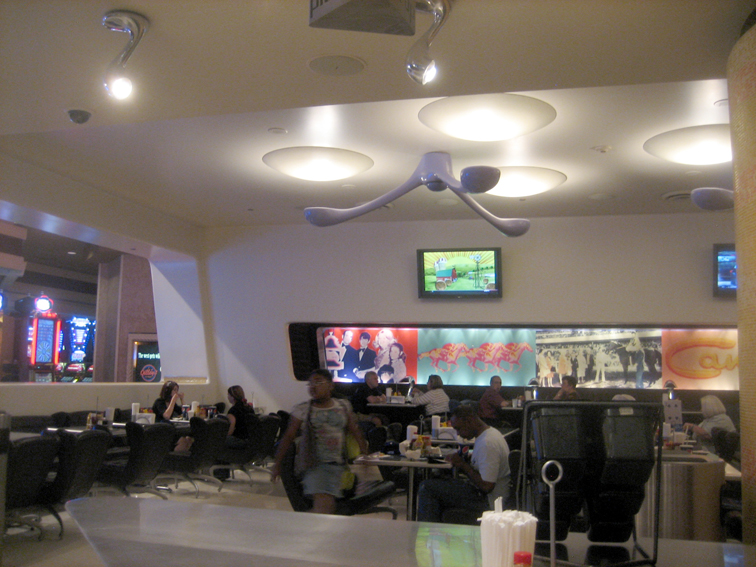 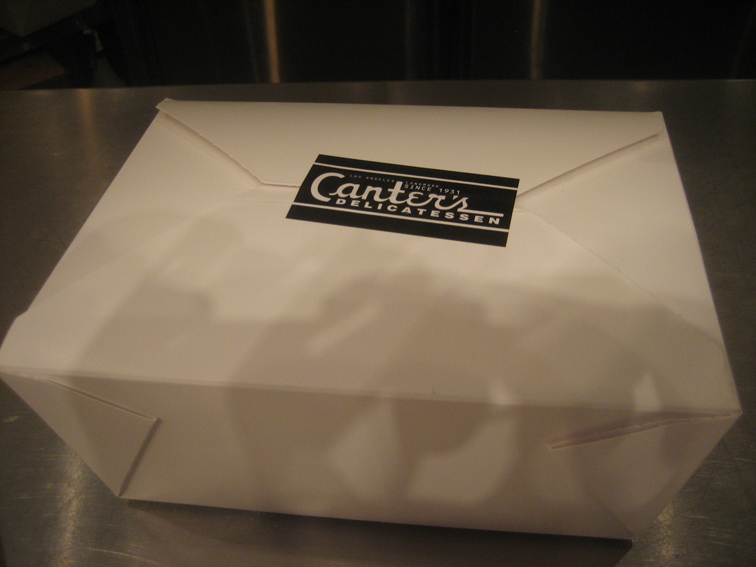 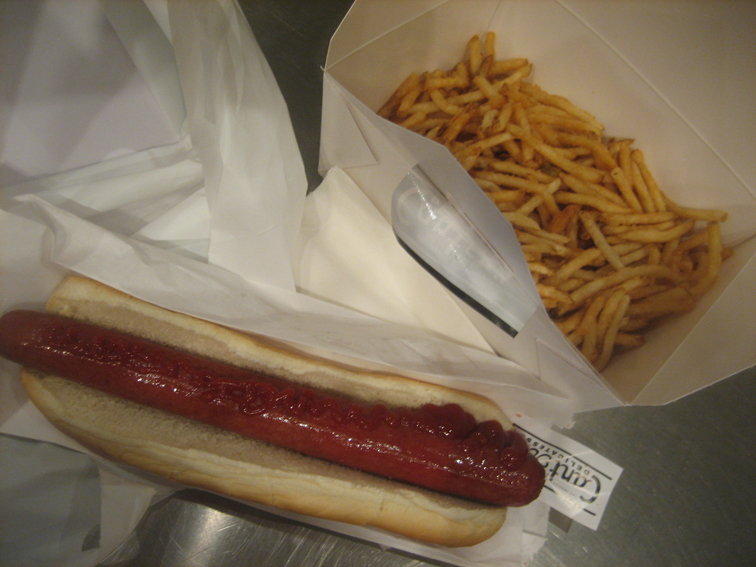 Of course we had to sample some haute cuisine as well. Fiamma Trattoria & Bar is located below the MGM Grand. Here we have traditional Italian cuisine in a place with very slick decor, cool lighting, a dark and classy vibe, and prompt service. 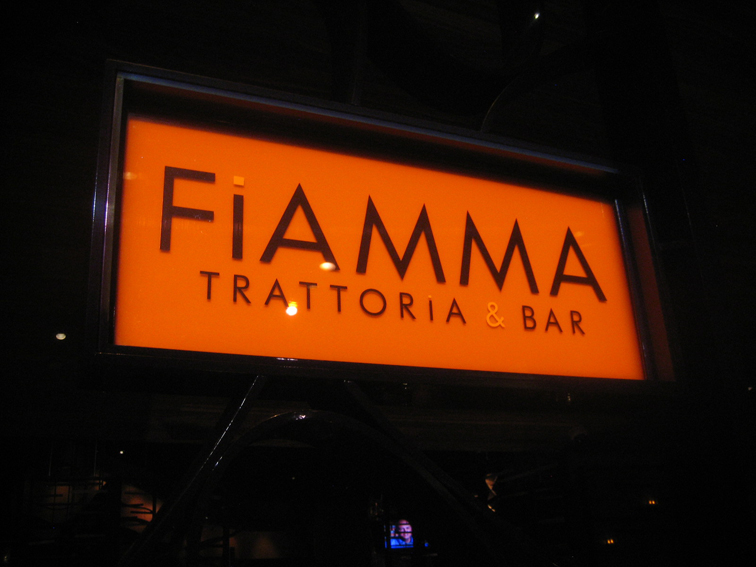 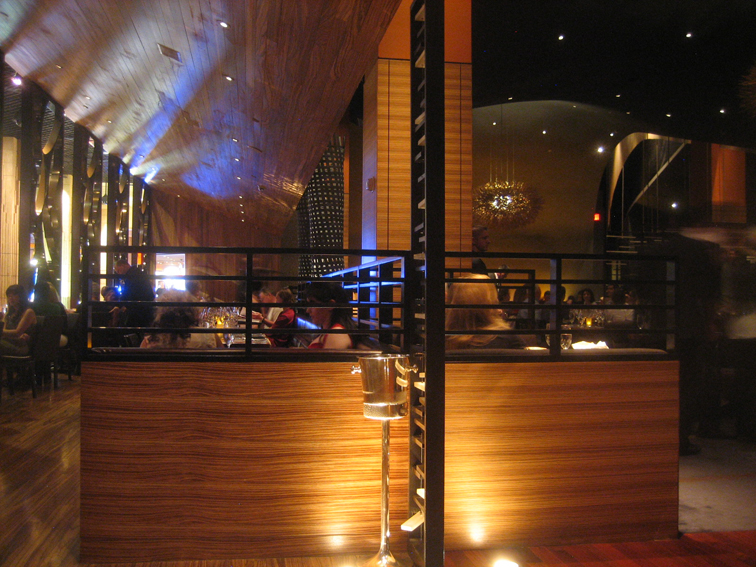 Here we sampled two dishes, the raviolini and the cannelloni. 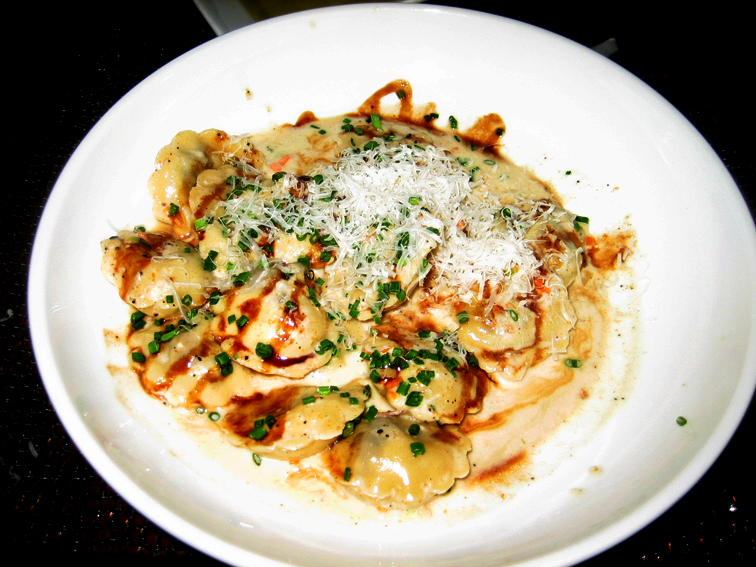 The short rib raviolini with black truffle crema barbera wine reduction was simply delicious. It was the best thing I ate all trip. Filled with tender morsels of short rib, creamy sauce on the inside with dark sauce, green onion and cheese on the outside, the blend of textures and tastes was phenomenal.

The cannelloni on the other hand looked and tasted like a microwave meal.

Nonethelesss, we see that there are a multitude of restaurants along The Las Vegas Strip that are sure to please people on all levels of the eater spectrum. Even on a budget, a satisfying experience is not difficult to find. Just be ready to eat heavy.